Fire and Ashes by Elaine Viets 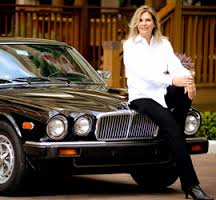 Elaine Viets is well known to cozy readers for her Dead End Jobs and her Mystery Shopper Mysteries.

Angela suffers trials that earn her a place next to Job. Before the series begins, her beloved husband of dies. She still hasn’t recovered from his death when she herself suffers a series of strokes.

This is where BRAINSTORM, the first novel in the series, begins. Angela goes to see the doctor-to-the-rich of Chouteou Forest, a tony enclave outside of St. Louis. But the good (or not so good) doctor pooh-poohs her symptoms and sends her home.  Angela is saved from death or an even worse fate by Doctor Tritt, a boorish but talented surgeon.

After her surgery, Angela focuses on getting well and getting her mobility back. She’s angry at Dr. Gravois, but not angry enough to kill him. When Dr. Tritt is accused of killing his employer and rival, Angela investigates, even though she already has her hands full with the death investigation of a teenager who died in a car crash and her own recovery.

What makes BRAINSTORM mesmerizing is that Angela has to find Dr. Gravois’s killer before Dr. Tritt is sentenced to death for a crime he did not commit. And she has to do this even though her grasp of reality isn’t secure. She’s sure her mother and her husband are in the hospital with her during her initial recovery and later during a relapse.

It’s only the concerted efforts of her friend, pathologist Katherine Kelly Stern. Now there is a pair of girlfriends for you — one who carefully examines the dead body for clues at the death site and the other who cuts them up afterwards. 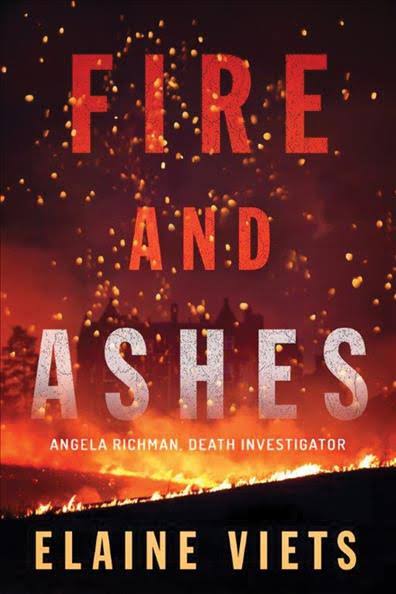 Viets has followed up the first Death Investigator installment with a fiery sequel, FIRE AND ASHES, and I for one was really glad of it, because as soon as I finished reading Brainstorm I wanted more. More Angela. More of Kelly’s salty language. More uppity Chouteau Forest aristocrats getting a lesson or two.

But the upper-crust of Chouteau Forest don’t seemed to have learned much from the events of Brainstorm. Now Angela finds herself expanding her death investigator duties to include detective duties, all in the name of defending Kendra, the very young Mexican-American fiancee of a very old, very rich man who has just died in bed next to Kendra.

Viets is a master at character introductions, but Kendra’s introduction is masterful (as well as colorful — warning: strong language ahead).

The whole yard was taped off, and more uniformed police officers held back the half-dressed neighbors who pushed forward for a better view of Kendra’s battle.

Angela is no longer dealing with hallucinations, but the series of arson fires bring a hallucinatory quality to the whole book. The charred bodies, smoke-filled landscapes, and travesties of justice are counterbalanced by moments of meditative transcendence when Angela visits her “therapy horses,” a group of retired race horses kept in a barn nearby.  When the arson threatens her source of solace, Angela runs right into the fire.